Designing a Crash-Proof Human That Would Survive Any Car Accident

Designing a Crash-Proof Human That Would Survive Any Car Accident

Meet Graham. A product of the latest road-safety campaign by Australia’s Transport Accident Commission dubbed Toward Zero. Graham is a crash-proof human designed by a team consisting of a crash expert, trauma surgeon, and artist, who came together to show the world how a human who is able to withstand the forces of a common car crash would look like. Graham is the ideal representation of how humans would look like if they evolved as fast as automobiles and survived car crashes. 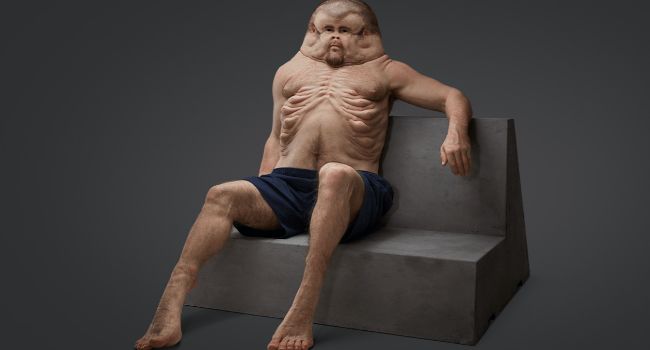 One of the brains behind the TCA project, which has since drawn so much attention, is a road safety engineer, David Logan, who explains that automobiles are evolving a lot faster than humans. According to David who currently works at Monash University’s accident research center, our bodies are not designed to handle the forces of a car crash. Car crashes impart extreme forces on our body, way more than it was designed to handle. This is why serious injuries and fatalities are too common when involved in a car crash.

This car crash-proof human, Graham, helps us to envision what it would look like if our bodies evolved just as much as automobiles do. A fat bulbous head, tiny ears, air sacks on the rib cage, Graham is a typical representation of a human that is designed to withstand the forces of a car crash. It’s how a body that is equipped to handle the full forces of a common car crash should be designed.

Since car crashes often lead to brain injuries that are sometimes fatal, Graham was designed with a much larger skull that is intended to absorb the forces and fracture during impact in order to protect his brain. His face is also perfectly protected with a fatty layer and a concave shape both of which makes it less likely to be damaged in a crash.

Graham doesn’t have a neck either. This helps to minimize the risk of spine and back injuries, which are quite common among car crash victims today. Overall, Graham has very thick skin, which minimizes the risk of lacerations after a crash. His ribs are adequately protected with an extra layer of external air sacks. From his face to his neck, ribs, and legs, every area of the body is designed to offer maximum protection against the forces of a common crash.

Graham Can Survive a Car Crash Inside or Outside a Car

Graham’s body also depicts what pedestrians would look like if their bodies were designed to survive a car crash. He isn’t just able to survive a crash from inside the car, his body was constructed to survive pedestrian collisions as well. Graham has an extra joint on his lower ankle, a feature that increases his mobility as well as provides extra strength to withstand an impact. With this extra joint, Graham can quickly spring out of the way when there’s an oncoming car. His knees are very flexible in case of an impact.

The human body is not equipped to handle the forces of common car crash scenarios and it’s from this understanding that the idea was born. Passengers, drivers, and pedestrians involved in car crashes may face debilitating injuries that change their lives forever. According to David Logan, we subject our bodies to higher speeds in this day and age yet the body doesn’t have the physiology to absorb the energy when something goes wrong. Even low speed like 30/35 km/h poses a high danger to victims of car crashes, whether inside or outside the vehicle.

This project uncovered a difficult conversation, something we don’t think about often. Patricia Piccinini, an Australian artist who was part of the team that designed Graham emphasized the relevance of this project to our community. This campaign on road safety is expected to make a difference by changing people’s perception of car crashes and the impact they have on our bodies.

The team took into account common car crash scenarios and areas of the body that are most affected when designing Graham. The trauma surgeon involved in the design process explained that the forces in a car crash are so great that even the strongest man cannot hold himself from going forward in a car accident due to the magnitude of forces.

Graham has been designed with a flat face. Drivers and passengers often experience nose injuries after a crash since this is one of the most prominent features in most people. Fractures to the nose can damage the bones and disrupt other sinuses. Graham has a lot of fatty tissue around his face to absorb the energy of the impact.

The neck is a highly targeted area of the body during car crashes. When the forces thrush the head forward, there’s a high risk of a hyperflexion injury to the neck. As the head goes backward, one is at risk of a hyperextension injury. The human neck has a spinal cord that if bent too much, can lead to a serious injury that affects brain function. Graham’s ribs were designed to extend up and almost reach the skull to protect the neck region of the body from injury during a crash.

Seatbelts are designed to use the strongest parts of the body. In fact, ribs are considered to be the human body’s safety mechanism, which protects the organs quite well. Graham was designed with organic airbags on the ribs, which, upon impact, expel a liquid and take the force of the accident.

David explained how car crashes involve managing energy. We possess energy as we move along the road and as we suddenly stop because of a crash, that energy has to be absorbed by the car and by the driver. It’s sad that we have to think of changing our human body to survive car crashes. This project can be the vehicle for a more noble initiative that improves road safety forever.